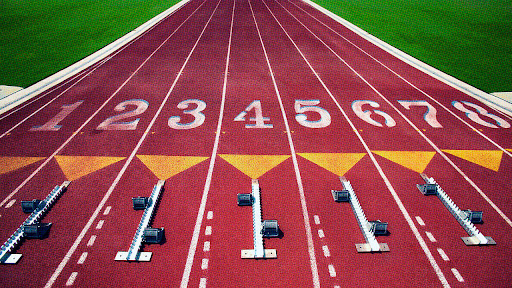 Two days ago I went to a friend’s birthday ‘party’. Through this friend, in the past I met many other people, so as I hadn’t seen my friend for the past 4 years now, some of those people I met were there as well.

When x arrived he immediately told me ‘man, my son now plays the guitar and I am going to show you some videos I have later’.

Then he approached me again with a video on his cellphone where his son was playing a song on guitar. I noticed x was breathing like being in a rush, kind of nervous and excited while telling me lots of things about his son, his guitar lessons, the guitars that he has been buying for his son, etc — it was cool to see a dad supporting his son with all the resources needed, BUT, at some point he mentioned that he was encouraging his son with speeches like ‘if you learn how to play this or that style, you are going to be able to beat all guitar players out there’.

I noticed that he was expecting my feedback so I mentioned that it was cool to have all the support, but that it was important to not approach it as a competition. He reacted like ‘but, how can you say not being competitive, he is my son, he plays soccer, basketball, etc’ — this guy used to play soccer professionally so I guess that in such fields (sports) you want to be the best, so he seems to have a competitive mindset to reach his goals that he is ‘imposing’ on his son.

I explained that it was important for his son to learn as much as he can instead of seeing music as a chess game of winner/looser.

I remember that in the past I compared myself with others when it comes to music. There were bands and musicians I liked a lot, but there were others I judged as boring, not good enough, etc. which was also related to only liking a specific music genre and not allowing any other music genre that wasn’t aligned with my preferences.

I’ve talked to many musicians and it was like a common factor existing in all of us when we were younger, but then as we grew up, we started opening ourselves up to listen to other music genres and being able to not judge but learn from it and then use the new techniques in our music compositions; in other words, being able to take what’s good from everything we listened to.

So, x said ‘I showed my son one of your videos and he said that he can also play what you were playing, that what you were playing is easy’ lol — kind of making a comparison lol. Maybe his son just spoke the truth, because playing pop punk on guitar is not that hard and from what I watched on his videos, he is ready to easily play pop punk songs if he wants, but his dad; x — was trying to engage us in a sort of duel — at least from what I perceived through his voice tonality, physical behavior, etc.

At first I thought ‘I am not going to participate in supporting the way he is encouraging his son to become better at playing the guitar, because that’s not healthy’, but now I realize that it’s me the one who can make the difference if we ever meet and play together. It’s me the one who through my expression as self-awareness, as breathing here, one and equal, who can show others a different path as an example, through sharing that it’s not about competition, it’s about being humble enough to be able to follow a beat, to play along, to create something together instead of being against each other or trying to impress others — plus his son is only 13, so I am sure he is not that brainwashed with competition yet and that he could easily learn a different perspective with regards to music and arts in general, because as far as I know, his guitar teacher and dad are telling him to become better than others.

I forgive myself that I have accepted and allowed myself to judge x as a bad parent for encouraging his son to learn how to play the guitar from a competitive approach based on becoming better than others.

I forgive myself that I have accepted and allowed myself to have judged x’s physical behavior as being ‘in a rush’, ‘overwhelming’, ’looking for validation’, because of the way he was speaking, moving and breathing next to me while telling me about his son.

I forgive myself that I have accepted and allowed myself to have judged x with the backchat ‘maybe his son is not even into music and it’s just x who forces him to do It as an obligation, putting lots of pressure through speeches based on competition, instead of letting it be genuine’.

I forgive myself that I have accepted and allowed myself to have judged myself with the thought ‘But who are you to speak about other parents if you are not a parent?’, without realizing that I don’t need to be a parent to be able to see reality with common sense.

I forgive myself that I have accepted and allowed myself to not see that x has always been a sport person and what he is using to encourage his son it’s only the ‘tools’ that he’s got, as many parents that try to do their best with what they have, sometimes not realizing that there are other ways that do not support competition necessarily, where it can be about becoming better but not in relation to others where the result is winner or loser, but for oneself as something that you enjoy without depending on having to compare yourself with others.

I forgive myself that I have accepted and allowed myself to not realize that x approaching me was an opportunity for me to see who I am in relation to such situations where I can openly share my perspective through what I have learned by walking my personal process and where I can also make a difference in the way I react to it and in the way people can benefit from what I am sharing through questioning their own mind set by being able to see and share a different perspective, another possibility.

I forgive myself that I have accepted and allowed myself to judge the word competition as something inherently bad, without realizing that who you are within and behind every word is up to your own self-honesty, self-awareness and starting point where you can redefine it and live it as an example where competition is no longer about winner/loser, but competing with oneself and being able to learn from others, where every time you ‘lose’ you are able to emotionally handle it, not going into anger, sadness, but being grateful instead, because as a chess player once said ‘I learn way more when I lose a chess match than winning 30 matches’.

The question is: who are you when you 'win' and who are you when you 'lose'? What is that 'thing' that you are losing? Winning is easy I’d say, I mean, you 'feel good', you become 'happy', 'satisfied', etc. but when losing…well obviously, you don’t 'win', but you actually win the chance to ‘lose everything’(all your ego), therefore you can see who you really are.

I commit myself to stop judging the word competition as something bad per se.

I commit myself to re-define and live the word competition in a way that is not based on energy, where I don’t compromise myself or others, where the emphasis is always on learning from each other in order to become better for ourselves as one and equal.

I commit myself to stop judging parents for the way they encourage their children to do certain activities and instead, I commit myself to share my perspectives with parents when the opportunity opens up where I can express myself from my experience as a teacher and as a human being that has changed his perspectives with regards to competition and how to approach music and art differently; as self-expression.